I felt very uncomfortable getting buzzed in through a back door. I felt very out of place. I was supposed to be in the position of helping and donating, not seeking help for myself and my children.

I told her, “But he’s never hit me! At least not hard.” But after asking me a few questions, she said, abuse is not always physical. There are other forms of abuse, like emotional and economic or financial abuse. And cruelty…

All I could think was… maybe he pushed me. Got in my face. Threatened me. Exhibited scary rage. Blocked me from leaving. But that can’t be abuse!?! Can it? I mean he told me that I’m the one who made him so angry. He told me all these things were all my own fault. If only I hadn’t opened my big mouth.

It had not sunk in yet, and it didn’t for a while after. I knew things were not alright, but I was having a hard time putting that specific label on it.

After we walked into her office, to speak alone, she asked me if I had ever seen the Power and Control wheel. She handed me a paper copy, to take with me, while pointing to a big poster of the same wheel, on her wall. 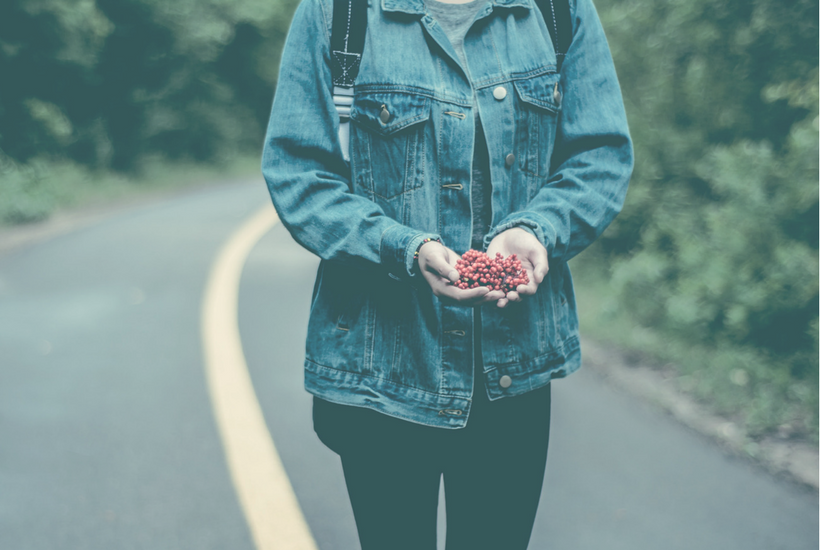 That was my first time.

She explained that the wheel leaves off something else. Something that you might finally see as abusive. She said that “infidelity is abuse” and “being coerced, pressured, guilted into, etc. to do something when you don’t want to” is sexual abuse, even inside of marriage.

That day was the first day of my abuse recovery story.

The day I heard what abuse was, how I’d thought it was all “normal” human behavior for the past 36 plus years of my life, and why it’s so important to protect our kids from it. But that was only day one.

I have learned that it’s not just about the knowledge you learn about the topic. It’s more about the healing that comes after. Taking steps in all relationships, to create healthy boundaries and to learn what healthy looks like.

Learning how to have and keep an emotionally healthy home.

This is what they don’t tell you…

1.) Leaving (or being left) is only the first step. It’s a long road after that. But just keep remembering, one foot in front of the other. Each day gets easier.

3.) Friends, family, and The Church, that you expect will support you, may not be capable of doing that for you. You may feel abandoned by everyone. You might even be shunned by your church. They may not understand or even want to understand.

4.) Some people will not believe your story and some won’t even want to hear it. There will not be validation from those people. Seek help from those who have been through abuse, only they will understand.

God does not expect His beloved daughter to put up with abuse!

5.) There is a possibility of re-victimization from lawyers, therapists, police, and the court system because they do not fully understand domestic abuse. The mindset that abuse is only extreme physical violence is still very much still out there. Plus the only laws against abuse are assault and battery. Victim blaming and shaming is very common. Abusers are often very charming, great liars and manipulators, and play the victim role very, very well. They don’t even see themselves as abusers. After a while, they believe their own stories – the picture that he paints of himself. So much so that they will repeat their lies over and over, even in court.

Victims are usually the ones who are confused, shaky, emotional, angry and seeming to lack self-control. This allows the abuser to paint this picture that he is actually the victim. Learning to be as calm and collected as possible, showing all of the documentation and evidence that you can is the best way to defend yourself.

6.) During recovery, especially in the very beginning, you are vulnerable to abuse by another person (male or female). Remember abuse is mainly about power and control.

In feeling overwhelmed and wanting someone to just handle all that is going on in your life, we sometimes place someone else in that power position over us. By letting someone else do the decision-making, then that person can become our next abuser. It’s very common! Learn to make your own decisions so that you don’t fall victim to someone trying to control your life.

7.) You or your kids may develop PTSD, anxiety, and/or depression. Seek a professional abuse recovery therapist, if at all possible.

8.) Just because he was abusive, doesn’t mean that you won’t mourn the relationship and especially the good memories. You may even wish to go back to that time when things seemed perfect. You will go through the phases of grief because it’s a death of the marriage, the lifetime commitment, and your future hopes and dreams. This is all normal, and you need to go through it before you will be able to move on. You may also be mourning the person you thought he was – knowing now of the reality of who he really is or what he became.

9.) Once you’re free from the “fog” you may blame yourself for things. For staying so long. For your part in the abuse cycle. It’s not your fault!!

But maybe you returned evil for evil at times – just wanting him to see how he was acting or in your frustration. Or enabling the abuse to continue. Lacking boundaries. Not seeing the red flags. You may be hard on yourself. But remind yourself… “you only wanted equality.” In your healing, evaluating your own life choices, your own mistakes, and how you became the target of an abuser will help you move forward to healthier relationships.

10.) Your abuser will use the children to continue the abuse (control, power, and manipulation) and to retaliate against you. He will also try to turn them against you if he is able. He will tell them to disrespect you and lie to you. If not, he will make your parenting that much harder for you, by being seen as the best Dad in the world (he likes everyone to think that).

Here is where Lundy Bancroft’s book, When Dad Hurts Mom: Helping Your Children Heal the Wounds of Witnessing Abuse, is very helpful. I’ll just share what he says about the motivations of abusive men.

For the abuser who is determined to perpetuate his control over you, or who seeks revenge, the children can look like the perfect vehicle to cause you pain or intimidate you. – Bancroft, Page 213

Why does he want to turn the children against me?

He wants power, control, and vengeance. If he wins the children to his side and turns them against you, he feels like he’s gotten you back for standing up to him over the years.

He believes his own distortions about you, and about himself. Your ex-partner’s entitlement and self-centeredness cause him to perceive you as being the one who is volatile, unreasonable, and unkind. He also may start to believe some of his own lies, from repeating them so many times.

He sees children as owned objects.

He wants your life to fail. The abusive man wants to be able to say to himself, to you, and to other people, “See, my life is going well and hers is falling apart. What’s more, the children feel close to me and not to her. I always said that she was the one who was messed up, and now you can see how right I was.”

He has contempt for women in general. Some of my clients stand out for their extreme attitude of superiority toward women. A man with this attitude sees the mother as having a disease–her femaleness–that she will spread to his children unless he can quarantine her. He tends to be particularly worried about infection spreading to his sons.

He blames you for the effects he has had on you [and the children]. When an abusive man sees the depression, mistrust, or emotional explosiveness that he has caused in his partner [or his children], he thinks the problem is in her [or that she has caused it]. So rather than recognizing that both the mother and her children need distance from him so they can heal, he believes that the cure is for them to have an even heavier dose of his influence over their conduct, thoughts, and values. – Bancroft, Pages 219-220 [Brackets mine.]

He will use manipulation, gas-lighting, and blame-shifting to try to convince you that it’s really all your doing, that your feelings about him are false and really your own fault, and that you must have influenced the children to think just like you do. He is trying to protect his “good dad” image. He wants you to go along with his narrative. If not, there is something wrong with you.

A mother finds, predictably, that her children’s behavior is hard to manage when they return home from a libertine weekend of this kind. The normal kinds of restrictions that she imposes suddenly feel extraordinarily chafing to them, and they don’t want to hear about homework, bedtimes, eating vegetables, and watching their language. They may come right out and say, ‘Why can’t you loosen up, Mom, and be more like Dad? He knows how to have a good time.’ This kind of ‘Disney Dad’ behavior is especially unfortunate for children who have witnessed abuse, who need to feel close to their mother and respectful of her authority. – Bancroft, Page 212

This list is not to discourage anyone from getting away from an abusive situation. The consequences of staying can be much worse than leaving (something no one told me until it was too late). This list is to prepare or to show support for those who are out of abusive relationships.

I hope it helps you realize what normal looks like and that you are not alone. 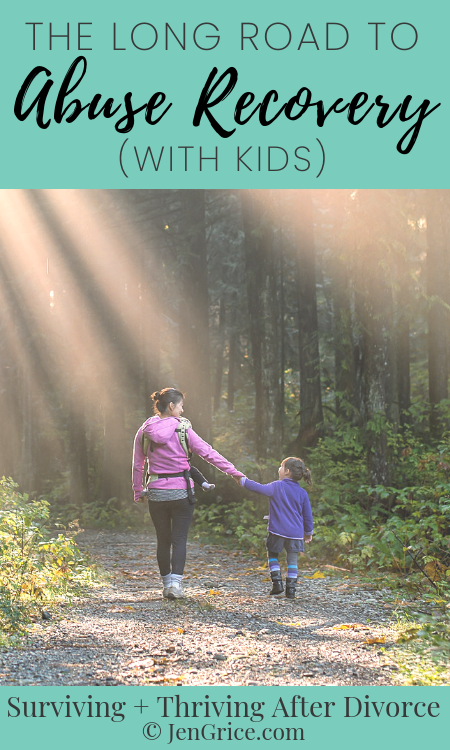 Are you walking this path? Feel free to share your story or wisdom in the comments.