Forgiveness is not something you just decide you’re going to do, and immediately it happens, although many people still think that’s how it’s supposed to work. That’s why I talk about forgiveness is a process and even wrote an entire forgiveness series sharing the truth and myths associated with forgiveness. Even with much of what I said, I still hear, I’m unable to forgive.

The difficulty with “forgiveness” is because many of us are working through healing when the other person has never even acknowledged his actions and lies were told to cover up any and all sin. Added to that is the fact that we were blamed when “his choices” were never really our fault.

How do you process through forgiveness with the apology you never received and the lack of repentance on the part of the person who abused or hurt you?

This is a tough topic, so I asked that very question on Twitter (my preferred social media these days). The conversation was very thought-provoking as we dove deeper into forgiveness, confession, and repentance – and how it’s all related. It got me thinking about how we wanderers on this journey to divorce (and abuse or infidelity) healing can let go of the harm that has been done to us and “move on” (as they say). 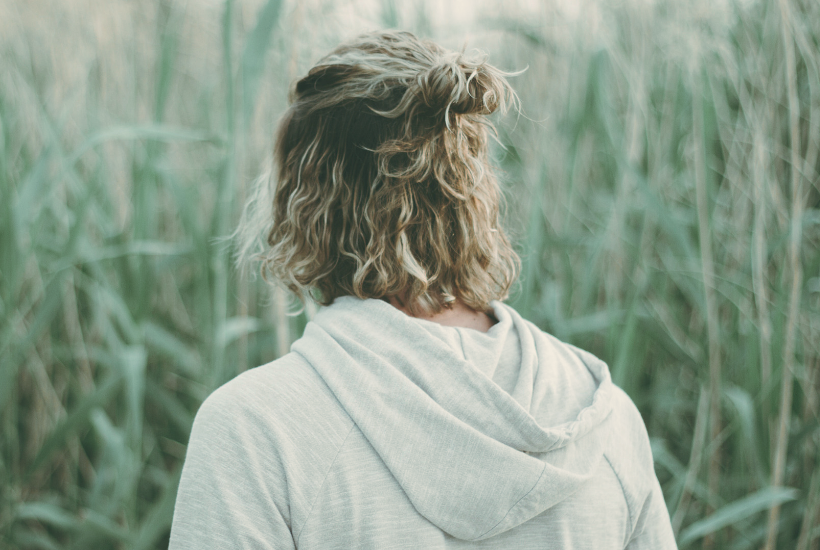 I’m not very good at taking the high road or being the bigger person… so those are not phrases you’ll hear too often out of my mouth. I honestly prefer to find the emotionally healthy path (lots and lots of blog posts), no matter what that looks like. So that’s why this topic of “forgiveness” has come up yet again. Survivors and thrivers are still asking how do we forgive… or is it even necessary?

“If your brother sins and disregards God’s precepts, solemnly warn him; and if he repents and changes, forgive him. Even if he sins against you seven times a day, and returns to you seven times and says, ‘I repent,’ you must forgive him [that is, give up resentment and consider the offense recalled and annulled].” {Jesus’ words} – Luke 17:3-4 AMP

What if he’s not repentant nor seeking my forgiveness?

Rabbi David J. Blumenthal explained it well when he said:

For example, a woman who has been battered by her husband, or abused by her father, is not obliged to grant such a person mechilah unless he has, first, desisted from all abusive activity; second, reformed his character through analysis of sin, remorse, restitution, and confession; and third, actually asked for forgiveness several times. Only then, after ascertaining that he is sincere in his repentance, would a woman in such a situation be morally bound, though not legally obligated, to offer the offender mechilah.

The second kind of forgiveness is “forgiveness” (selichah). It is an act of the heart. It is reaching a deeper understanding of the sinner. It is achieving an empathy for the troubledness of the other. Selichah, too, is not a reconciliation or an embracing of the offender; it is simply reaching the conclusion that the offender, too, is human, frail, and deserving of sympathy. It is closer to an act of mercy than to an act of grace. A woman abused by a man may never reach this level of forgiveness; she is not obliged, nor is it morally necessary for her, to do so. (Source)

He goes on to say that the third kind of forgiveness, kapparah or atonement, is only granted by God. No amount of forgiveness on our part for another human being, even a spouse, ex-spouse, or another family member, can save them from eternal death. Forgiveness, available for all, is given as a pardon after repenting.

If we [freely] admit that we have sinned and confess our sins, He is faithful and just [true to His own nature and promises], and will forgive our sins and cleanse us continually from all unrighteousness [our wrongdoing, everything not in conformity with His will and purpose]. If we say that we have not sinned [refusing to admit acts of sin], we make Him [out to be] a liar [by contradicting Him] and His word is not in us. – 1 John 1:9-10

Not too many people are very good at making a true apology and making restitution for their actions. (I’m sure I’m not very good at this either.) But hearing someone’s sincere pain and hurt, in a healthy and assertive way (“I felt ____ when you ____”), should stir some empathy in a (normal) person’s heart so that they at least try to apologize for any harm that was done and any feelings that were hurt.

“Well, if you hadn’t done this, I wouldn’t have done that!” is an excuse, rationalization, and blame rather than an apology.

“I know what I did but I don’t have to explain anything to you; it’s none of your business!” is just another way to cover the sin and make you feel bad for even asking for the truth.

“I’ve already asked God for forgiveness! You’re just unforgiving!” is a plain lie because God would’ve convicted him to confess and try to make restitution.

I’m sorry but… is just not enough. It doesn’t include the 3 R’s of accountability: repentance, restitution, and responsibility. Furthermore, even if “I’m sorry” is said, most abusive men are only sorry that they got caught or feel bad for the losses they’re experiencing because of their own actions rather than feeling remorse or convicted for the pain that they’ve caused anyone else – including their own children. They’re really unwilling to be responsible for their actions. (They need to teach this stuff in school!)

What would happen if you were given an apology?

In my case, there has never been a true confession of any wrongdoings or any sign of guilt – I know I will never know all the times I or our marriage was sinned against. I had to find out about all of the affairs after he was caught, through other people, or by viewing bank statements (showing expenses that proved an affair was going on). I think there is a real difference between admitting to sin and confessing to doing something you know would hurt anyone (including yourself) and being caught and trying to make an apology after. Admitting to sin is an acknowledgment that real harm has been done to another human. And remorse is feeling empathetic to the pain and harm that was inflicted onto someone else.

I’ve talked to both men and women who commit adultery and confessed, acting out true repentance (a 180-degree change in behavior and heart attitude), before being caught. In many of those cases, the relationship was healthier after, even if the marriage ended in divorce. A person who hides their offenses and only reveals enough to say “sorry, it won’t happen again” is not really taking responsibility and not seeking true restitution. And I’m not seeing how anyone can be emotionally healthy around someone who still blames the victim for the affairs and subsequent divorce.

Truthfully, how would we know a pathological liar was being sincere in his apology or telling the truth with a confession? For me, I’d have to see long-term, years and years, of heart-change-repentance before I would ever believe an apology was even a tiny bit sincere. I just couldn’t believe it was real even if it was. I’ve seen what I thought was repentance, for it to only to be deception. I’ve been fooled so many times, now my jaded heart is much more realistic and cautious with people who’ve repeatedly lied to me in the past. (Integrity and compassion are very important character qualities to me).

If I can’t forgive, then what?

This is the hard part of the journey. The practice of taking your focus off what he did, continues to do, and his lack of repentance… and turning it back onto your own healing. If we are to follow Jesus’ example, then forgiveness is only extended after we see real heart repentance, complete responsibility takes place (repeatedly) and restitution is sought.

Since that may never happen, we have to focus on our own healing, moving past bitterness and not seeking vengeance which belongs to God.

Beloved, never avenge yourselves, but leave the way open for God’s wrath [and His judicial righteousness]; for it is written [in Scripture], “Vengeance is Mine, I will repay,” says the Lord. – Romans 12:19

Where is your focus? While married maybe all of your focus was on him, his world, and pleasing him (as we talked about last week) – which makes focusing on your own healing hard – but now you have lots of room in your life to focus on yourself, your healing journey, and your God-given purpose which is up ahead. That’s the journey to peace and a thriving life after divorce.

The power of indifference.

Just like his actions speak louder than words, after your healing, so will yours! You’ll get to the point that no matter what he does or continues to do, you won’t allow him to hurt you anymore. Or control your life – even indirectly – by causing you to continue to be angry, bitter, or vengeful. You are indifferent to his life (Chump Lady calls it getting to “Meh”) and he’s no longer your problem or even concern. He and all his mistress, girlfriend, and new wife drama only prove to you that you are in a much better place – far, far away from him. 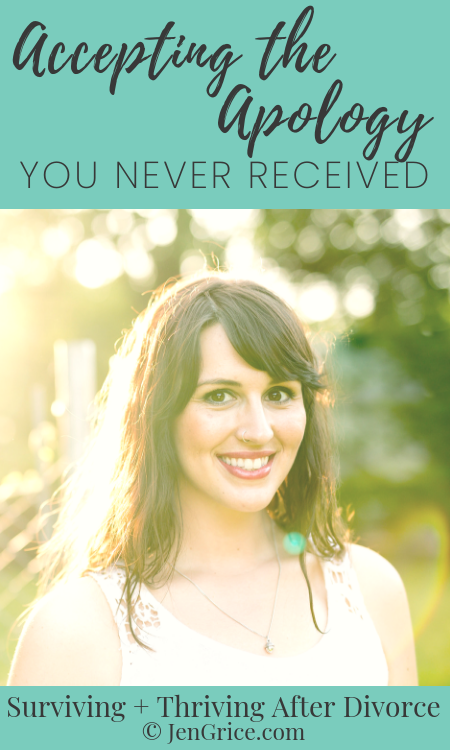 Join the conversation, what do you believe to be true about forgiveness when there has been no repentance. Have to received a sincere apology? Did you believe it?

{Be kind! I reserve the right to delete comments. Real name not required.}