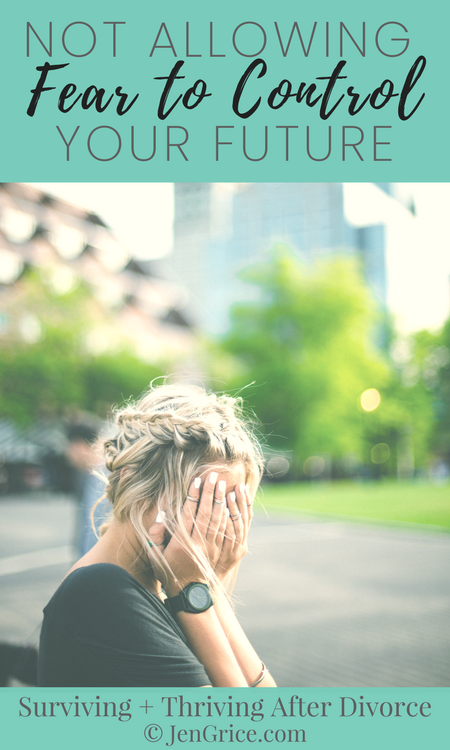 I grew up living in fear. The unhealthy fear of waking my mother (who worked midnights most of my childhood), of making her mad, of not being home when she said, or of talking back and not doing what she asked. I’ve spent my entire life tiptoeing around the house and keeping everything put away because that’s how I was raised.

Not that those are bad things to do.

While married, when I was yelled at and I saw the rage surface, that fear came back up. Although it rarely was, I always felt the next step was going to be physical violence – the same violence experienced at the hands of my psychologically disordered mother. 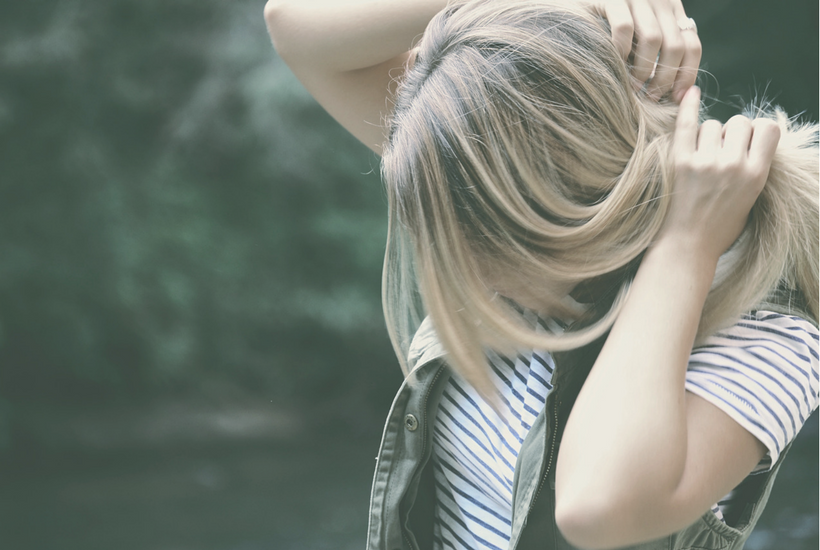 I also felt fear when I heard the word “divorce” threatened to me over and over again during an argument. There is a terrifying feeling of uncertainty and a world of unknowns when just hearing that word, let alone experiencing it. This is how toxic people keep the control in the relationship. They rock your security and pull the rug out from under you as soon as you feel secure in the relationship.

I heard that threat for the very last time in December 2012. It was then that decided I could no longer stay on this known emotional roller coaster, I was ready to take the unknown path by asserting a tough-love attitude and let things fall where they may. I messaged a cousin (by marriage – but we had become close friends) letting her know that I may no longer be part of the family. She said she understood and wished me well.

[You May Also Enjoy: How Loving a Narcissist Hurts You]

The fear of the unknown.

During a marriage, even full of adultery, abuse, and addiction, it becomes easier to stay right where you are. I know I did that myself for well over a decade. The world that you know and have lived is so much easier to accept than separation and divorce.

The fear of that unknown world is the first fear most of us encounter when we think about or hear the word “divorce.” There is so much uncertainty in that word divorce when all you’ve ever known is marriage and family. When all you’ve known was financial security and protection.

We can’t ever see into the future, but we can know Who is already there. We just have to trust Him.

For God has not given us a spirit of fear and timidity, but of power, love, and self-discipline. – 2 Timothy 1:7 NLT

The fear of actually being whole and happy.

Divorced women are victims of their circumstances. We feel damaged – like trash that was thrown away. Lost without a husband; the protection and security we were used to. But we can also have victory over those same circumstances. This includes being whole, valuable, and even finding joy after a divorce.

For many this is unfathomable. They tell me, “they’ll never be happy” or “never trust a man again.”

But this line of thinking, that life will never be good without a husband comes straight from the enemy Satan. His two main missions are to destroy families and then, to make matters worse, get you to think you’ll never recover. Don’t allow him to keep you locked in this negative thinking.

You can conquer your fear and anxiety and go on to have a good life after divorce. You can find your purpose, be a servant at any age, and be of great value to The Kingdom. And you may even find hope and happiness… maybe even a new love (someday after healing) that you can trust with your heart. But let me be clear, that happiness should be in place before that new relationship. Two unhappy people don’t make each other happy, they actually make each other miserable.

So, be whole and happy finding your worth in God… then He’ll give you someone to be happy with, in His perfect time.

The fear of not being provided for.

I have known this fear well. We’re actually very good friends, we go WAY back. Back to the days when I knew a divorce would financially ruin me. It kept me trapped in thinking I needed to stay married, to stay off welfare or to not be homeless with three little kids.

But I’m here as a witness to God’s providence. Praise the Lord we’ve survived living just above the poverty level for the last five years. You heard that right! Each year I’ve had an income at or less than $25K. Yet, we’ve never gone hungry, we’ve never been homeless, and the utilities have never been shut off (I’ve never even received a late notice). Actually, I paid off my van early and I’ve saved for my next. Although we’d love to have more, we have everything we need. All provided by God!

The reason I no longer live in fear… the fear of the unknown, the fear of the future, and why I now live redeemed… is because I now know God is faithful, can be trusted, and He always provides for His children. He has never let me down… not even once!

We can trust the unknown future of #divorce, and life after, to a known God.
Click to Tweet

Give God your complete surrender.

When I decided I was done allowing the word “divorce” to control me, I decided to surrender everything to God’s will and trust Him with my future. I said the phrase so few are willing to say… “Lord, Your will be done!” And I meant it. I only wanted to live inside of God’s will for my life… and I still do.

It’s not always easy to hand over this amount of control of our lives. To not plan out our entire future. To not know where this path will lead. There is fear of the unknown – what could happen and will happen. But God is faithful to keep His promises to restore and redeem us, just like He did for Ruth and Naomi. All throughout the Bible, He shows His loving kindness towards His people. Once you surrender, you are His people too… and if you don’t already know, He will take care of you.

God doesn’t want us to live in fear of the worst thing that could happen. That’s because even when bad things do happen… and we all know they do… He’ll be there and things will be worked out for good.

[You May Also Enjoy: The Dangers of Long-Term Separation]

Can you relate? Are you relying on God so fear doesn’t control you or your redeemed future?