No one knowingly marries someone with a narcissistic personality disorder. No one seeks out a self-centered, self-absorbed man who lacks any capability of empathy for anyone but himself.

But unfortunately, many women find themselves baited and trapped in this very situation.

How did I get myself into this?

How did things end up this way?

I think the only way to answer these questions and to heal, is to educate ourselves.

Wisdom will save you from evil people, from those whose words are twisted. These men turn from the right way to walk down dark paths. They take pleasure in doing wrong, and they enjoy the twisted ways of evil. Their actions are crooked, and their ways are wrong. – Proverbs 2:12-15 NLT 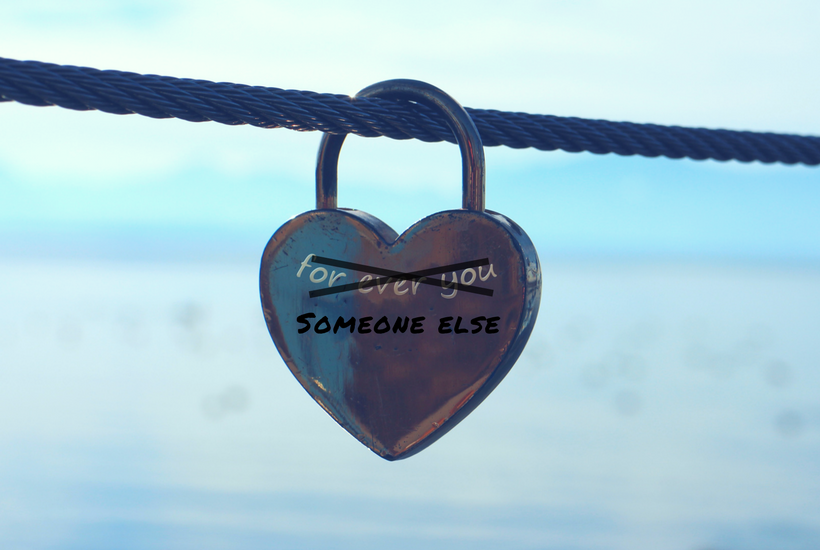 In the last 4 years, I’ve read and studied a multitude of books on narcissists, male batterers and abusers and toxic hidden abuse. Even writing a university thesis on abuse education earlier this year.

Because of my knowledge, I prefer the term toxic people when speaking and teaching about a narcissist. I believe most toxic people have these traits but they may never be officially diagnosed with Narcissistic Personality Disorder (NPD). Keep in mind, also, I diagnose no one.

That is because most toxic people never see a therapist long enough to receive a diagnosis if they go at all. Or they run as soon as someone figures them out.

Many divorced Christian women, feeling the psychological abuse during the marriage, want to know if they were married to a narcissist.

Surprisingly, male narcissists often stay married for longer periods of time than anyone would think. They get married, stay married, or remarry quickly. That is because they have to keep up the perfect image that they paint of themselves. Single life usually is not part of that picture.

(Red Flag #1 = He wants to get married soon after meeting.)

I believe narcissists have the same relationship patterns. I believe the pattern can be described in three phases.

Three phases of the relationship with a narcissist.

What most call the “love-bombing phase.“

In the beginning, the narcissist is extremely charming, very romantic and affectionate. He goes out of his way to make you feel special, putting you on a pedestal. Praising you and showering you with admiration every chance he gets. Multiple times a day. He uses phrases like, “You’re my soulmate” and “No one has ever made me feel this way.“

He will quickly throw out the words, “I love you” (as bait). If he’s not doing all of the talking, he lets you do most of the talking so he can listen. He is learning all about you, often mirroring – liking what you like, and never disagreeing with anything that you say. He’s seducing.

It often feels and sounds like a match made in heaven. “God has brought you together.” Like a fairy-tale romance come true. He’s perfect. You are so lucky to have found him. Almost too good to be true. (That’s because it is.)

He’ll cry about how all of his exes were mean and nasty to him. Never as kind, sweet, and loving as you. “They were controlling…” and he knows you’d never be like that. (He’s already preparing for the future with those lines. Red flag #2 = future abuse ahead.)

The narcissist tries to get a commitment, within a few weeks or months, whether it be a marriage, moving in together, sex and children, or a financial connection/dependence (a major purchase together like a car or a house). This is because he knows that he can’t keep up the fake facade forever. This is not his true self. This is only the image he portrays.

This phase usually starts as soon as that commitment is settled in writing. For most, on the wedding night. The euphoria that you were used to, suddenly changes. Were you screamed at on your wedding night? (Red Flag #3 = He blames drinking, stress, or anything else for his choice to abuse.)

That’s when the mask slips off and you start to see the true character behind that fake image. He puts himself first, most of the time. He has zero or fake empathy for anyone else in the family. He expects devoted admiration yet doesn’t give the same in return. He’ll accuse you of being selfish or having double standards… but that is what he does. He lies and covers his lies.

This is when you start to see the Jekyll and Hyde behaviors. Although he’s so good at switching back and forth, you start to feel very confused about who he really is. He has outbursts of rage when you’re needing anything from him (money, attention, love, care, concern). Followed by periods of apologies, empty promises, gifts, and temporary nice (Phase one) guy again. You feel like you’re walking on eggshells not to set him off so you lower your expectations to accommodate the relationship, considerably. You decide that it must be something you need to fix.

He’ll tell you, “I was just having a bad day. I love you, baby!” Most times following up with phrases that blame you… or his love for you as “passionate.” He didn’t mean it and can’t help it or you made him.

That’s the abuse cycle. You are now trapped and feeling alone and ashamed.

Because you know it will happen again when you need to discuss an issue with him… or a bill needs to be paid… or you are sick… or whatever sets him off. (When you’re not a blow-up doll.) He doesn’t just listen to you with empathy.

He can’t take your criticism or any sort of negative feedback.

There is no healthy, mutually respectful conversations with a narcissist. It’s just not possible.

It’s a roller coaster ride with twists and turns you know are coming, you just don’t know when. And you start to feel ill – even physically because there is a link between domestic violence and chronic health conditions (migraine headaches, autoimmune diseases, chronic pain, and more) only to get better after divorce.

And if you won’t provide everything that he wants (when he wants) he’ll find someone else who will.

[Also Read: Never Be a Back Burner Person Again]

This is the phase when you start to stand up for yourself. You start to say, I’m done on this roller coaster ride… and I want off. You assert your rights to have boundaries and refuse to be used.

But before you can blink, he’ll begin the character assassination (and army building) in order to devalue you because he now sees you as a threat to his perfect image. He must convince people that you’re to blame for the tearing apart of the family because of your abuse (that standing up for your rights as a human being or getting angry for his serial cheating – is all abuse in his eyes).

He will triangulate people he knows might support you. This is done with lies about you, what you have said, or done to anyone who will listen – even your own family and your church. He projects his own actions (lying, cheating, abuse) on to you as a way to protect himself. It’s all part of his game. (There is a playbook out there somewhere. 😉 )

He leaves to go be with one of his back burner lady “friends” (he was telling you they are “just friends” while he is taking them on dates and sneaking around, hiding information – gaslighting you). It’s how he retaliates and tries to control you to “come to your senses” or until you take him back (or fight this other woman for him).

These ladies are just being used by him and/or are his next victims. He doesn’t care who he hurts in this game. Feel sorry for her (or them) going through the same cycle you did. If it wasn’t that one, it would’ve been another. Narcissists cheat on the most beautiful women in the world, so it’s nothing personal.

Another red flag is that at some point, he’ll come back seeking to either get back together or to try to add you as one of his back burners. They like to keep exes in back pockets, for supply. That’s because he’s never content and he always needs admiration.

To answer your question.

Were you married to a narcissist?

We may never really know. We can only discuss what we’ve experienced, compare notes and share our wisdom as we learn. Keeping our eyes and ears aware of the evil in this world, so we don’t make the same mistakes. All while thanking God for His rescue and further protection.

On a positive note, all of the healthy men (with boundaries) that I’ve spoken with are very understanding that we women would be cautious in the beginning stages of any relationship. That’s because most knew a narcissistic woman once too… so they know. 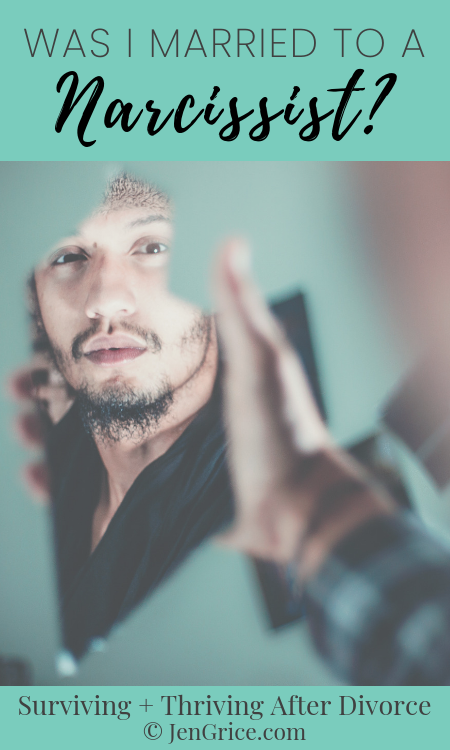 [You may also enjoy: How Loving a Narcissist Hurts You]

Feel free to share your story and join me in the comments. (Read name not required.)

« Reclaiming Your Life After Divorce
Not Our Job To Cover Abuse »