I’ve been writing about divorce since Decemeber 2014 and coaching (or mentoring) women for at least the last four and a half years. The biggest struggle that I’ve helped women through is learning boundaries and how to deal with conflict – even with people who refuse to resolve conflict. The main reason they want to deal with these issues is that they’re ready to thrive after divorce and live in peace. 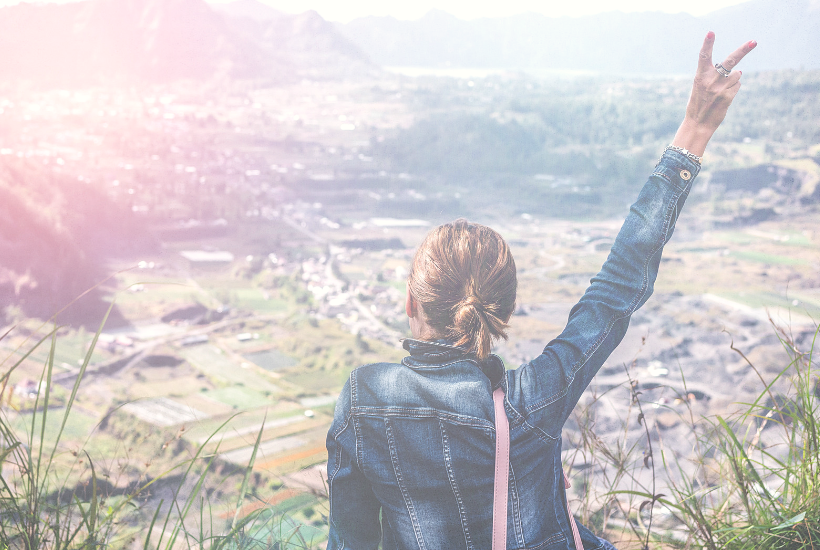 I’ve so been there. And glad to say, although there’s always room for growth and learning, I’ve mostly arrived.

It’s so sad to me to search “conflict after divorce” and see articles written for men, that read “high conflict ex-wife.” Or see “high conflict” like it’s both parties doing… when many of us know it’s not!

I’m sure when I was going through my divorce I was labeled as “high conflict” or at least my divorce was. But the trust was that I was angry (righteous indignation) about the injustice that was happening right before my eyes. I wasn’t the one who was lying to the lawyers. I was staying faithful to my marriage vows and paying bills that he was court ordered to pay. And I was trying to divide up the assets equally, while he was spending money on someone else and trying to get away with paying next to nothing.

That’s why I’m writing this to help you get through any conflict you have, with any relationship after divorce, so you aren’t wrongful accused and you don’t get entangled with toxic people in the future.

4 Tips for Conquering Conflict in Any Relationship

Many of us have been passive for way too long. When we start to feel the resentment build up inside from always giving and not getting our needs met, while others take, we can tend to be passive-aggressive, hoping something will change without us having to state how we really feel or what we need to happen.

When you’re assertive with people right away, early in the relationship or at the beginning of a conflict, you’re letting them know what your boundaries are and you’re not holding it in (to cause more pain and anger). If they respect you and your boundaries they will understand – and respect you even more for having boundaries. If they are not a person that respects the boundaries of others or understands boundaries at all, you will see the red flags right away.

This has happened to me many times with both men and women after my divorce. With either person, I knew that our relationship or friendship would not last. And when a person seemed to ignore being assertive or stating boundaries, almost “ghosting” me instead, I knew our relationship could not be healthy. Don’t chase these people to try to explain. They need to learn to be assertive and have boundaries for themselves – not because you told them to.

It may seem easier to say and do whatever you need to, to please everyone else and think you’ll never experience any conflict. Actually, the conflict is inside you, burning like a forest fire until it’s a raging inferno – you just may explode. Holding in your needs and wants in order to please others is not emotionally healthy for you or the relationship.

A mutual relationship is where both parties put in the same amount of effort. This includes mutual respect for the other, honoring each other, having care and concern for each other, and remaining loyal (especially in situations like divorce). When one party can’t or won’t put in the effort, or you know they are “picking sides,” it may be time to pull back your effort (depending on the reason the other person can’t respond in the same way).

Obviously, this doesn’t apply in times of illness or distress for the other person. We give allowances when people really need us but can’t reciprocate. But this should not be the norm in all relationships, all the time. If you’re always giving and feeling deprived of your own needs being met, you could be a people-pleaser.

3.) Separate yourself from foolishness.

You probably already know that you cannot change anyone, especially not your ex-spouse. He can start a war but you do not have to participate in the fight. Stay composed and unemotional, if possible at all times – don’t let him see that it bothers you. As an empathetic person, I know this is hard. Try not to allow anyone else’s emotional level or stress to become your emotional level. Use self-coaching or calming techniques to keep yourself grounded even if the other person is not.

Also, if you were married to a narcissist, he is just looking for “supply” (or attention) to keep fueling himself. He feels better about himself by making you upset. He feels powerful and in control of you, still, because, look at how you react. Just don’t take the bait – you’re not a fish! Show him you have power over your own self now, and won’t participate in his dysfunction.

And do not take what anyone says about you personally. I know too well, easier said than done. As the years go on that I keep doing this, I’m seeing more and more hate mail (or nasty comments). I have to remind myself, their nastiness says more about them than it says about me. I don’t have to go say anything nasty to anyone else on the internet, even if I don’t agree with them, to make myself feel better. Toxic people make the choice to do so and that’s their character, not mine!

4.) Don’t feel obligated to do more than you can (or more than someone else).

When you decide what your boundaries are, you decide what you value (or need) in your life to keep it peaceful and healthy. I value quality family time, without distractions, so I don’t answer emails or get on social media when I’m spending time with my son unless it’s an emergency (so it’s very rare). I have learned to value self-love and self-care, so I make that a priority in my life as well. If someone tries to detour me from my self-care time or my schedule (that includes rest and off hours), I stand firm with my limits (or boundaries).

Not only will I say, no I can’t do that. But I might get the options of things that I can do (without overextending myself or just trying to people-please). (Example: I cannot answer every question in every email, for every person who emails me, but I can offer one-on-one coaching to get all your questions answered. And many times I have to ignore the fools and creepy men who message/email me.)

You can be open to compromise, in a conflict situation, but don’t give more than you have to give. A compromise is where you give a certain amount (what you’re capable of) and the other person reciprocates with that same amount in return. I know life is not always fair but in healthy relationships, there is a mutual respect that honors both parties – their time and their boundaries.

(Example: I’m willing to give up my Friday so I can have Monday. Someone who just expects their way, all the time, will expect Friday and Monday because “I should get my child as much as I want!” It doesn’t work that way. You have to learn to say no, I can do this but not that.)

It’s not always give, give, give! Sometimes you have to put a stop to it and be a taker too. I promise, it’s not selfish, rude, or “unChristian-like” to get your needs met and live an emotionally healthy life. It’s necessary to conquering conflict after divorce! 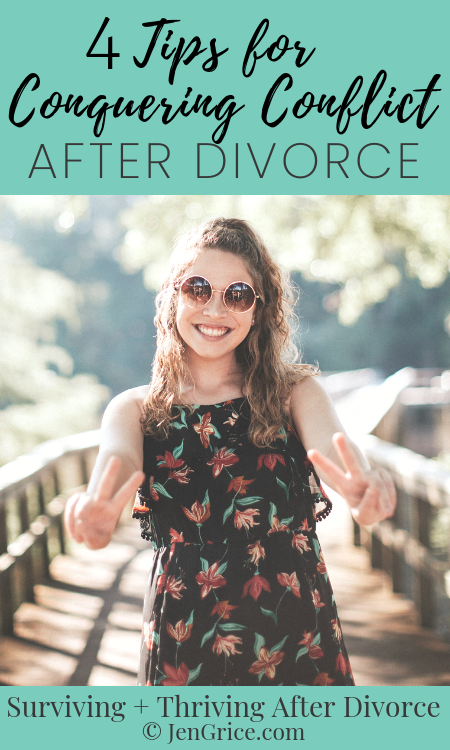 [You May Also Enjoy: 5 Emotionally Healthy Things I Learned After Divorce]

Are you finding it easier to deal with conflict after divorce? In what ways do you still struggle?

« Overcome Guilt and Second Thoughts After Divorce
Did the Narcissist Ever Truly Love Me? »