A painful ending can also be a new beginning depending on how you look at it. Divorce and everything that follows may feel like an ending… but what if it’s really something new?

I really thought my life was over after divorce… but now I know I was given a chance at a brand new one. 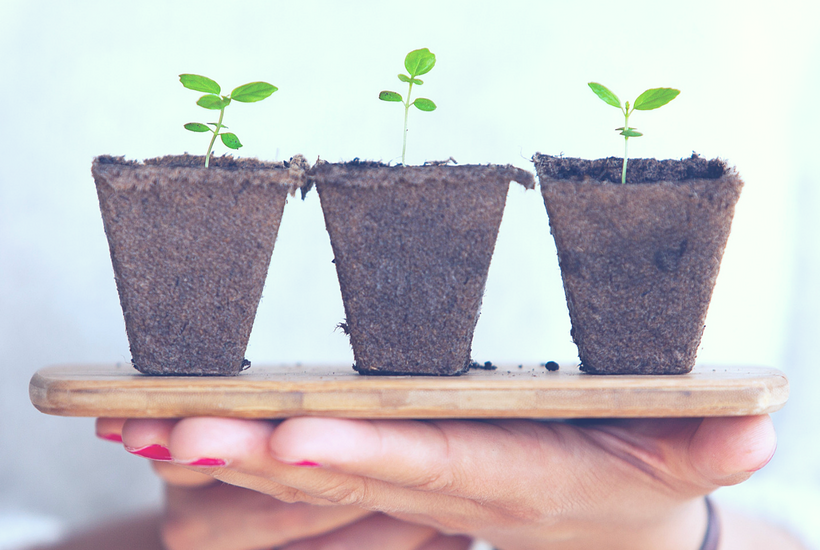 ‘For I know the plans I have for you,’ says the Lord. ‘They are plans for good and not for disaster, to give you a future and a hope.’ – Jeremiah 29:11 NLT

It’s often after the major changes have happened that we see the way God has orchestrated this whole situation for our good and for a better future. He wants to show us that rejection is just His way of protecting you from future hurt, pain, and suffering.

But when we’re in the thick of things… seeing anything good coming from this, is very hard to do.

Fighting to keep things the same.

Eight years into my marriage, my (now ex-) husband filed for divorce (the first time – not the last). He was going to marry the third woman he had “fallen in love” with since our marriage began (not including me of course). When I sat down with my lawyer, I told him if I couldn’t have my marriage I wanted the house and full custody of the children. Nothing else seemed to matter. I hate change and staying put meant one less change for me and the kids.

Looking back, I’m not sure why I would have fought so hard for that house (that same house mentioned in my book). I thought it was what my three kids needed, that stability. Knowing that even if everything else was changing they still had the same house to come home to. We could still be a family, in that house, even if my ex-husband wasn’t there.

Now more than nine years later, I know that a house is really nothing to fight over. If we had continued on into divorce I would probably eventually lose that house anyway. I couldn’t afford it at the time and since then I’ve learned beyond the payment, a house is a lot of work – both physical and financial. I was fighting for something God was asking me to give up… for something way better. Now, I enjoy a much better life embracing the new beginnings of a new place to live, a new support system, and a more peaceful life (without the stress of a bad marriage and a house that needed a lot of work).

After reconciling our marriage in 2009, we moved to be closer to his new job and sold that house. After renting a house, he decided that another woman was going to be his soulmate, and we separated in late 2012 and divorced in 2013. Since then my children and I have moved two times.

Our first place had a “7” in the address. The number 7 signifies an ending of something. On the seventh day, God rested because He was finished – it was complete. Recently, we were given an address with the number 8 in it. Eight is also a special number in the Bible. It represents new beginnings (or the promised resurrection) – with the new week starting on the 8th day, eight covenants with Abraham, Noah’s family is the only 8 to begin the “new” generation, and there are 8 resurrections in the Bible including Jesus, the ultimate new beginning.

I feel this was a sign from God that I was still following His path even when I’m not always sure I’m making the right decisions on where were should go and what I should be doing. But God doesn’t always give us clear signs (or even numbers) telling us what decisions to make or which way to go.

God’s sovereignty protects at ALL times.

For several years after my divorce, I had a really hard time making decisions – both big and small. I wanted to stay inside of God’s will but I also wanted everything spelled out so clearly that I wouldn’t have to make any real decisions. I just had to do what God wanted. I knew I wouldn’t make any wrong turns if He told me exactly what I needed to do.

But I don’t believe God works that way. After speaking to my Christian mentor, many times about this, she shared that God wouldn’t allow me to make a wrong turn unless there was something I needed to learn or experience there. She was so right.

Again, I hate change, but as I shared in a recent email, sometimes forced change is a good change. We were forced to move, but I know it was for the best. I needed this change for my own health and my continued healing and peace. And so I have more time to write. So far, so good. I’m praising God for the change, successful transition, and the new beginnings.

If you’re facing an unwanted divorce and unsure what the future holds for you… I want to encourage you today that God has a wonderful new beginning planned for you. His promises for the divorced woman are true during the entire divorce process and even six years later (like myself). He will make all things new.

‘He will wipe every tear from their eyes, and there will be no more death or sorrow or crying or pain. All these things are gone forever.’ And the one sitting on the throne said, ‘Look, I am making everything new!‘ And then he said to me, ‘Write this down, for what I tell you is trustworthy and true.’ And he also said, ‘It is finished! I am the Alpha and the Omega—the Beginning and the End. To all who are thirsty I will give freely from the springs of the water of life. All who are victorious will inherit all these blessings, and I will be their God, and they will be my children.’ – Revelation 21:4-7 NLT 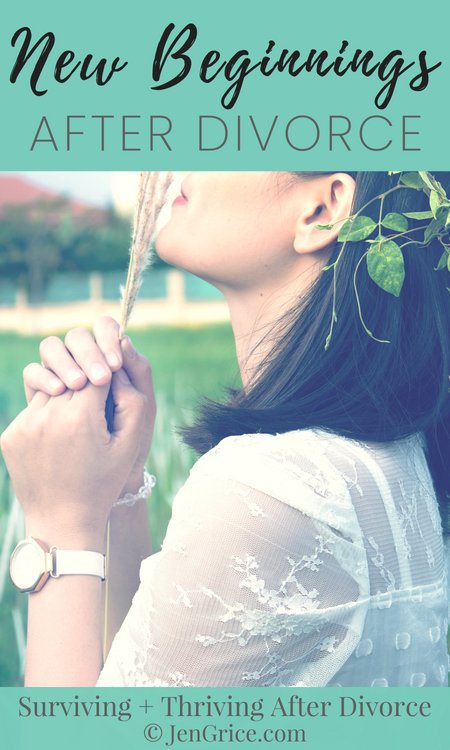 What new beginnings have you experienced during or after your divorce? Are you embracing them or are you finding it difficult?