Last week I shared how I felt I was shunned by a church I had been attending during my divorce. Whether true or not, I felt I was being blamed for giving up on my marriage when I had fought hard to hold it together for so very long. And still, after all that time spent in prayer, my marriage failed.

I wonder if this is why so many Christian women feel like a failure after divorce.

Readers don’t all say the same thing, but the common message I hear from their story is, “I feel like a failure!“ 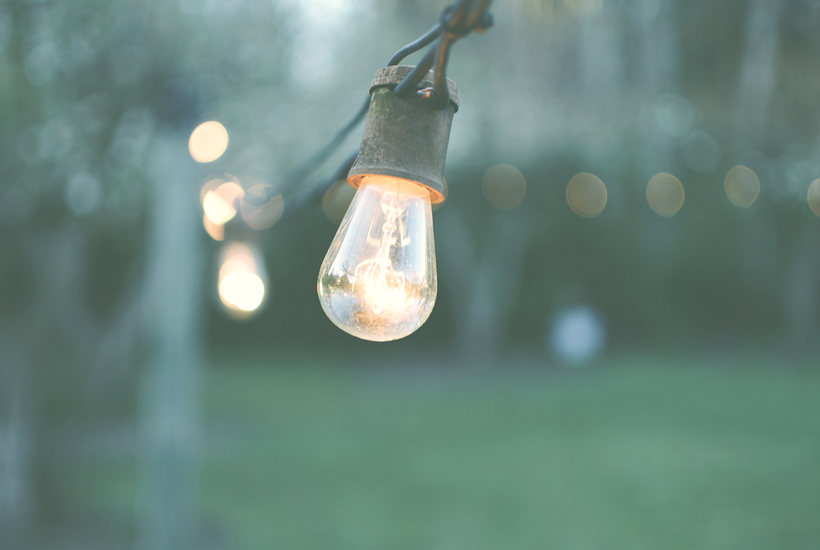 We know we prayed. We know we tried to get him help for his issues or persuade him to come back home. We waited and waited for things to change. And we know how we would have done anything to keep our marriage together. But we still feel guilty that it ended anyway.

That’s a huge weight to carry.

I believe this is because women are given the clear message and unfair expectations of “keep the home” and “keep your husband happy.” That the responsibility rests on our shoulders.

When a divorce happens it can look and feel like we failed at our task – to be the best wife that we can be. Proverbs 31 websites and ministries can make the divorced woman feel as though she hadn’t done enough, when in fact she had. She did everything she could and still, it ended in divorce.

We have to remind ourselves that God gives everyone free will. He doesn’t control any man and neither can we. We can let go of that heavy-weight of responsibility and self-directed burden when we clearly see that we had done everything we could have and should have done. (When we didn’t, we repent and seek God’s will for how to correct that.)

My guess is many women stay in broken marriages because they fear that term “failure” will be pinned on them as well. And I’m not remarried to know this, but I wonder how many second marriages happen only because one divorced woman (or man) wanted to prove they weren’t a failure to everyone watching.

In my past, I can see myself doing that and I did stay long after God released me. But now those don’t seem like wise choices, after my own failures.

Was my time wasted?

When I think back to all those nights I spent crying out to God to fix my marriage. All those hours I spent on my knees asking for Him to change the circumstances. Hours spent reading Christian self-help books and online resources trying to change who I was so that I would be the only one for him.

Looking back and thinking about all of that makes me sad that I was wasting all of that time for nothing and for someone who couldn’t love me. Nothing but divorce came of my hard work and sacrifice.

But then I realized I needed to change how I evaluated that time. Maybe it wasn’t wasted. Maybe there was more to that time than the outcome.

I was able to love even after I was deeply wounded. I was able to forgive time and time again even after he promised it wouldn’t happen again. Love is a gift that I was able to give even if the receiver wasn’t able to receive it or didn’t even appreciate it.

God loves all of His children, and yet still people reject Him. So He knows how we feel!

My willingness to put in the time and hard work that it takes to hold a marriage together proves that I’m able to do it. And should be able to in the future. My willingness to love shows that I’m able to give love even in the worst of circumstances. Also, I have love within me because of the close relationship that came out of spending so much time with God during those long, hard years.

Love is something that is in us only if we have love (God). A God-given gift we share with others. Knowing how to love means we’re capable of love even if our love is not given back to return. Our time wasn’t wasted because we now know that we’re not a failure at love for having a failed marriage. We can love those who could never love us the same in return.

When did failure become a bad word?

Failure is a detour, not a dead-end street. – Zig Ziglar

Yes, our marriage failed. Yes, some of us have failed as a parent. (Raising my hand at that!)

I believe failed marriages can do the same for us. Failure can hold you back or teach you how to move forward to a healthier life. We can learn to be more cautious in our choices, our decisions, and our commitments. Or we can just create a dead-end.

I believe when we allow our failures to stop us, that’s when we become a failure, not when we fail. 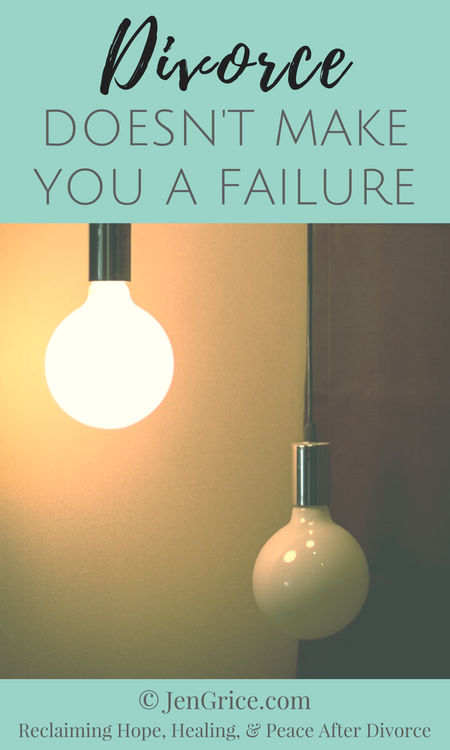 Have you learned from your failures in life? Can you let go of the weight of divorce failure to help you move forward after?

« (Divorced Women) Shunned By The Church
Giving Thanks During Divorce »