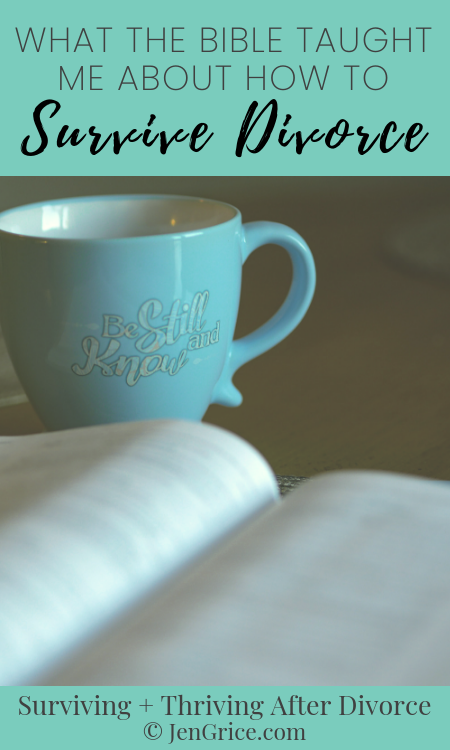 In my book, You Can Survive Divorce, I talk about how the story of Joseph’s life, as told in the book of Genesis, was the one story that I held so tightly to during my divorce, and even now years after. For many reasons I love Joseph’s life story… and God’s History. It’s still so relevant today… even to those who are going through or have been through a divorce. We can learn a lot from what these Bible characters went through. Here are just some of the things I’ve learned… to help encourage you today. 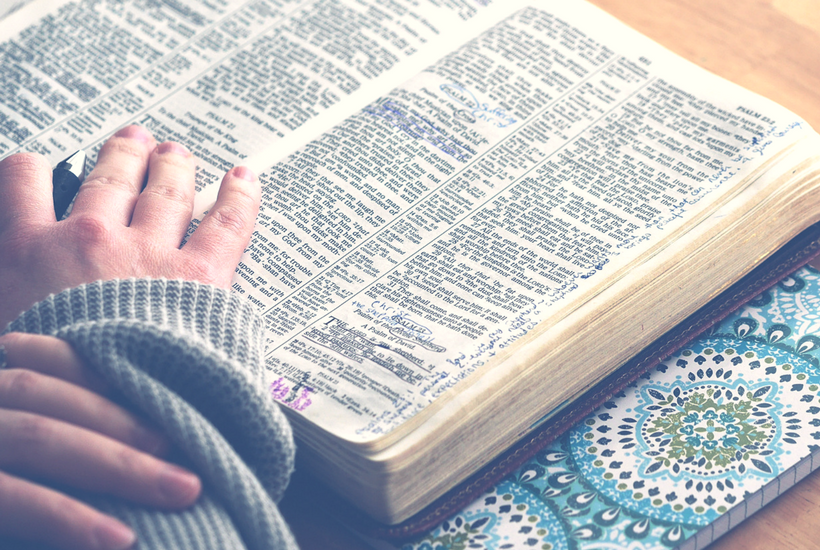 Then [God] sent someone to Egypt ahead of them—Joseph, who was sold as a slave. They bruised his feet with fetters and placed his neck in an iron collar. Until the time came to fulfill his dreams, the Lord tested Joseph’s character. — Psalm 105:17-19 NLT

Any lamenting he did while in prison is not part of the Genesis record but we get a small glimpse in Psalm 105 about how he was treated – not well. Can you imagine?

He speaks the truth. He’s wanted dead by his own family. He did the right thing by fleeing from sin. He’s falsely accused of a crime he didn’t commit. And now he’s sitting in prison, forgotten by everyone he ever knew, being treated with cruelty.

Sounds like life after divorce for some of us, doesn’t it!?!

Although I’ve never been behind bars, I think I know what all of that feels like. I know that emotional pain and hurt. And I know that testing.

We can rejoice, too, when we run into problems and trials, for we know that they help us develop endurance. And endurance develops strength of character, and character strengthens our confident hope of salvation. — Romans 5:3-4

For you know that when your faith is tested, your endurance has a chance to grow. So let it grow, for when your endurance is fully developed, you will be perfect and complete, needing nothing. — James 1:3-4

Joseph’s story… of redemption and restoration with his family gives me hope for my future. That God will keep His promises to me as well.

Time and time again Joseph was placed in a position of authority, in prison and then in Egypt, and even after all He had been through, He always did the right thing. He was a kind, generous, and even used his position to minister and help others. He was loving with boundaries and spoke the truth in love. (As I shared in a few YouTube videos.)

You intended to harm me, but God intended it all for good. He brought me to this position so I could save the lives of many people. — Genesis 50:20 NLT

Joseph was put through some really big tests and he kept his integrity every step of the way. He never tried to escape those unwarranted consequences and never lost his faith in God’s promises.

God tests the character of all men (and women). He tests our faith in Him as well.

God Wants You to Trust Him

Joseph leads into another story, the Israelites leaving Egypt. Much like an abused wife leaves her oppressor, the Israelites had to flee from Egypt into the unknown of the desert wilderness.

Remember how the Lord your God led you through the wilderness for these forty years, humbling you and testing you to prove your character, and to find out whether or not you would obey His commands. — Deuteronomy 8:2 NLT

After they had been walking a while, the Israelites were starting to wonder if they should go back. (Don’t we do that at times too? — I get emails all the time asking me if I think a woman has made a mistake and should go back to her husband.) God’s plan for them to escape and live in freedom didn’t seem to be working… in their eyes. Or at least they didn’t have faith like Joseph seemed to have (during those hard days) to just keep waiting and trusting that God would work it all out.

But again we read how God kept providing, He kept protecting, and He kept His promises even when they continued to lose their faith and turn away from the One who set them free.

We can read the Bible now and see how God did what He said He would do for His people, but they couldn’t read about them. They didn’t know what the future held when they were going through those trials themselves. They just had to trust that God keeps His promises.

Today we are lucky to be able to pick up a Bible and read all of the stories of God keeping His promises to His people… even when we cannot see our own futures.

Abraham was made the father of many nations and given a ram to sacrifice, in the place of his only son Isaac, at the very last second (I know that last second feeling, that shows God’s perfect timing, all too well!!). God used Joseph, and his brothers even bowed down to Him like he was told in his dream. God exiled, protected, and then provided for the Israelites after leaving Egypt. He saved Rahab from destruction. Helped Joshua, Gideon, and others.

Jesus healed the woman with the bleeding disorder (Mark 5) in one second. How? Because these people had faith that God would keep His promises.

How much more do I need to say? It would take too long to recount the stories of the faith of Gideon, Barak, Samson, Jephthah, David, Samuel, and all the prophets. By faith these people overthrew kingdoms, ruled with justice, and received what God had promised them. They shut the mouths of lions, quenched the flames of fire, and escaped death by the edge of the sword. Their weakness was turned to strength. They became strong in battle and put whole armies to flight. Women received their loved ones back again from death.

But others were tortured, refusing to turn from God in order to be set free. They placed their hope in a better life after the resurrection. Some were jeered at, and their backs were cut open with whips. Others were chained in prisons. Some died by stoning, some were sawed in half, and others were killed with the sword. Some went about wearing skins of sheep and goats, destitute and oppressed and mistreated. They were too good for this world, wandering over deserts and mountains, hiding in caves and holes in the ground.

All these people earned a good reputation because of their faith… — Hebrews 11:32-39a NLT

Hold on to Your Faith

It was by faith that these Bible characters made it through their trials and struggles. It was their faith that helped God deliver on His promises, helped them earn a good reputation, and helped to write our redemption story… which includes a baby born with one purpose.

Joseph never (nor Jesus) tried to push his own agenda or manipulate the situation going against God’s plan. As hard as it was, he just grew closer to God and grew in his faith. In my times of struggle, I kept reading Joseph’s story over and over… trusting and believing that God would bring justice, healing, and blessing to me as well… in His perfect time.

I believe that is the key that unlocks our divorce healing.

Faith in the One who can heal us.

Trust in the God of the Universe… controller of all things.

That justice is in His hands… and not take it upon our own.

Turn your weakness (and weakest moments) into His strength.

Place your hope in a better life after this world… which is not our home. And hold tightly to your faith… no matter the outcome. No matter the circumstances. Because circumstances are only temporary and life will be eternal… if you believe.

Even when God seems to lead us to nowhere. Even when we think we know better, or would like something better, God’s way is always right. Keep trusting His path. Keep looking for His ways.

The Bible is our roadmap and all of His promises are inside.

The most important thing these characters have taught me is… trust in God no matter what! Having faith in God’s promises and our character is all that we have in this world… and in the end… they’re all that we need.