I thought I married a supportive man.

I thought I married an unselfish man.

I thought I married a loving man.

I thought I married a faithful man.

It took me way too long to realize that I did not.

It is a sad truth that I am finding out many come to realize for themselves, too. 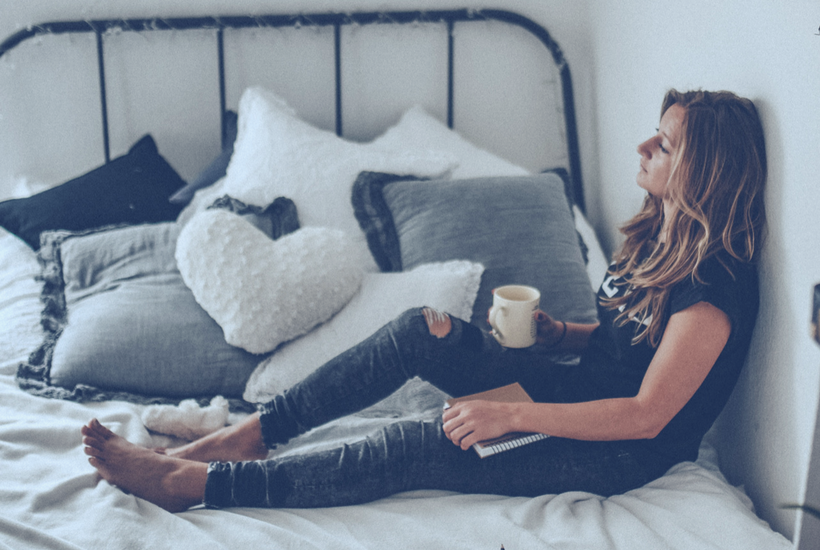 We all have one or more of these stories…

I found out I was pregnant, all by myself. There are no warm and smiley videos, or expecting-announcement online. It was a planned pregnancy until he left to go be with his “friend.” I was still excited but I did not know what would happen to us. And I cannot honestly say that I felt the excitement from anyone else. I was scared. And alone.

After the positive home test, I asked a nurse friend to go with me to get a blood test, to know for sure. Because of financial abuse, my only option was a free clinic on the other side of town. After the clinic nurse let me know the results, she asked me where my husband was. I told her I didn’t know. He was barely talking to me. I just sobbed.

That first trimester was the hardest, especially with the added stress. Weeks went by and I could not keep anything down. I am not sure how I was even functioning. My doctor decided that I was too dehydrated to stay home, so he admitted me to the hospital. As they were undressing me to put me in a gown, the nurses asked, “Where is your husband?“

At the time all I knew was that he was “deciding” who he loved more. I was just trying to be emotionally and physically healthy for the child growing inside. One relative called me. Not one person came to see me. Some said I was merely seeking attention. I just sobbed. Alone in my hospital room. No one mentioned that the cruelty was domestic violence. I was being told it was my fault. How could this be abuse?

When I was released only my nurse friend came to pick me up and take me home. No welcome home when I got there. Nothing. I was alone.

I wish I could say that that was the last straw. And even though I did pack up his things and left them on the back porch, that day, it didn’t end there.

I believed that no person would intentionally do these sorts of things to hurt someone else. I could not imagine anyone being so cruel. It must have been me! Yes, that was it. It was my fault.

My body was breaking down from the weight of abuse.

About 6 years later, there was another “friend” and I again found myself alone in a hospital room. I had the worst migraine that I had ever experienced because I was in “acute liver failure.” The nurses asked me the standard questions of, “If I felt safe at home?” They also wanted to know where my husband was. I just sobbed.

I felt safe there but I was worried about my kids at home. After several days, and feeling so alone, I checked myself out “against medical advice” (Now, I am very thankful to be alive with a functioning liver. God is good!) because clearly, this was all my fault right? I mean that’s what everyone was saying.

That night before, I confided in one of the nurses that I had recently caught my husband sneaking around communicating with a “friend” from work and hiding it. I told her about the past history. She reminded me that I needed to take care of myself, especially for my kids. She told me to look at how the stress of this marriage was affecting my body. She told me that I deserved way better than this.

She was speaking life into me where few had ever done. She told me to kick his butt out of the house.

But she did not know me. She did not know that I was a submissive Christian wife. And how I still couldn’t imagine anyone being so cruel. Because if someone would do that to another person… there must be a good reason, right?

Have you been there? Sound like one of your stories?

After my divorce was final, after many more years of empty promises, I had to mourn the marriage that I had always hoped for. I had to accept the fruitless, abusive, and adulterous (Which is just another form of abuse.) marriage that I did have.

It takes two fully committed to the Lord, faithful, unselfish, emotionally healthy people to have a good marriage. I thought that it eventually would get better. I had to learn to see it for what it was… and what it always would be. Not what I had hoped for.

Then I could mourn what it was not. Then I could learn that I deserve better and that I should have higher standards for myself in the future.

I’ve journaled through all those times and heartaches. That’s how I’m able to share the truth with you. It’s all written down. Make a list of what your marriage is/was – you know the truth that no one knows about. And then make another list of what it is not. Be truthful. Mourn what needs to be mourned.

After my divorce, what helped me to heal was to write out the pros of my divorce. What I had gained in the time since. My more peaceful life. Seeing those things written down, helped me to see that what I thought I had lost was really more of a… gain. 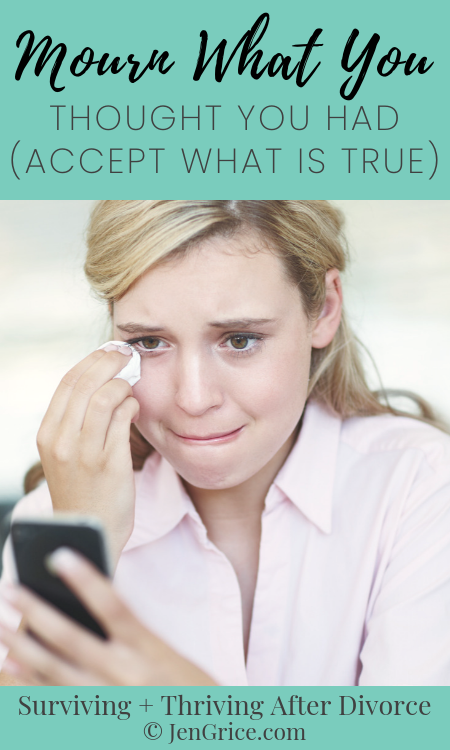 Are you able to mourn and accept the truth about your marriage?