You own everything that happened to you. Tell your stories. If people wanted you to write warmly about them, they should have behaved better.” – Anne Lamott, Bird by Bird: Some Instructions on Writing and Life

I grew up hearing how I “made” my mother mad. (Blame?) You know what? I probably did some things that would provoke anger in any parent, especially coming from a teen. I see my own children doing some of the same things, and honestly, it makes me angry sometimes. It’s hard to watch your children make wrong choices and/or disrespect you.

BUT… (see the BIG but?)… my actions never warranted the physical and the physiological abuse that I received growing up. 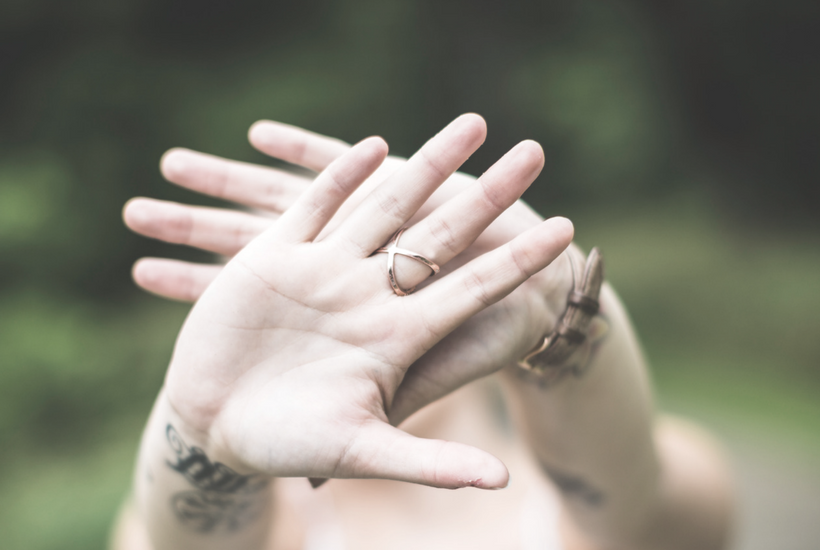 What becomes your “normal.“

At no point in my life did I deserve to be abused. No one does. We’re not talking about a spanking or receiving a consequence for bad behavior. (I know I deserved that!) I am talking about abuse. Being punched in the head and thrown down the hall. Being neglected. I am talking about leaving me alone for more than 12 hours at a time during the night at age 12. (My son is 13, I cannot imagine him being home alone, while I work outside the home at night.) I am talking about making fun of me like bullies do. Laughing at me and making me the butt of jokes. Telling me to “shut your big mouth” for having different feelings or any opinion. Calling me a “stupid idiot” for not understand my math or loving history. Exposing me to things that no child should be exposed to. That is abuse.

Maybe they did not call it that back then, but that is what it was.

That being my upbringing, of course, I would confuse abuse for love. That was all my “normal.” It wasn’t until I started the deep emotional healing with an abuse recovery counselor that I was able to start to see what was truly normal or healthy in this world. How some people are just rotten and dysfunctional, and never want to do anything to be a better person.

I cannot control them. Only myself.

That emotional healing was only able to take place because I was divorced. I was no longer living in the fog that abusers keep their victims in. I had stepped off the emotional roller coaster that constantly left me emotionally unbalanced, which made me look crazy to some.

And what was clearly not!

Over three years ago I wrote this on Facebook…

I felt… if only I could do better… be better… not speak… not talk back… not have a mind of my own… not have feelings and allow them to constantly be hurt… sometimes not even breathe… THEN things would change. Things would be better. I had made the problem, me. I took all the blame. It’s very hard not to just continue that. I feel like I was programmed to think this way. Now I’ve been learning to deprogram… to remove the virus from my hard drive… remove the toxic thoughts and behaviors. And be who I was created to be. Be dysfunction free. For a long time I didn’t know who I was anymore. I was lost in just pleasing….[removed]. But when I started to realize my worth… he left me… while again accusing me of being the problem. Of me being the abusive one. And in some ways I believed him. Like he said… ‘I never hit you!‘ But he pushed me, stopped me from leaving, and threw things (including our son)… ‘but all guys do that!’ I just ‘made’ him mad. I believed that standing up for myself, especially when he was angry, was wrong. (Dated: July 4, 2014)

I now live in freedom from my oppressors. (I love that word! Freedom.)

I live in freedom from their scapegoating (blame-shifting, projection, and gas-lighting). It really does not matter to me what lies they make up about me or what they think. Or who they bring into their schemes to try to hurt me even more.

I’m in a healthy place, I won’t allow them to hurt me.

I’ve taken back that power.

Plus God is my Protector. He has got me!

Also, I have learned that I am not obligated to keep anyone’s secrets. Healthy people do not cover for dysfunctional behavior. I’m not obligated to tell lies about what happened in the past or to cover anyone’s tracks, or keep someone’s image spotless in the eyes of others. I own everything that happened TO ME and I am free to speak out about it. All of it. Every single detail if I feel like it. Without shame.

[You May Also Enjoy: 5 Emotionally Healthy Things I Learned After Divorce]

The abuse happened TO me, but it does not reflect who I am as a person. And it says nothing about my character. (I may have been hurting, but I don’t go around hurting other people.) My character speaks for itself.

And those who get to know me… they know!

His abandonment was not a reflection of my character, but a reflection of his. The affairs were not my doing, not my choice, and I was never to blame. No matter what I did, there is never an excuse.

Healthy people do not cheat on their wives. Period.

Healthy parents do not abuse their children. They discipline.

No matter how horrible a child I was. No matter how bad of a person I am or was. Even if I was a horrible cook, lousy housekeeper, was too sick to have sex, nagged about picking up socks, or even went out and had affairs myself (which of course I never did), there was never, ever any warrant for any abuse (adultery is just another form of abuse).

Emotionally healthy people sit down with their partner, their child, or their friend, and state what their issues are in the relationship, where there is sin (and how it hurts) and then seek to resolve those issues in a healthy way.

Or they practice boundaries… or seek a divorce (long before other secret relationships start) if there is no change in the other person. Abuse (including adultery) is a very destructive and dysfunctional way of handling any problem, especially in marriage. It only proves narcissism in that other person’s character.

Lastly, over the years I have learned that I deserve to be treated better than abuse. I have learned to have much higher standards. And when someone comes along trying to get me to take the blame for their unhealthy behaviors or choices, I know to keep my boundaries up.

I now know better. I will no longer take the blame for anyone but myself. 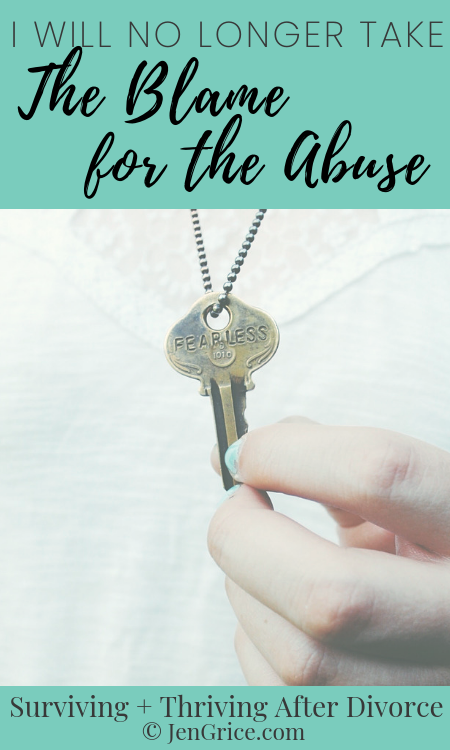 [You May Also Enjoy: Not Allowing Fear to Control Your Future]

Are you refusing to be someone’s scapegoat?