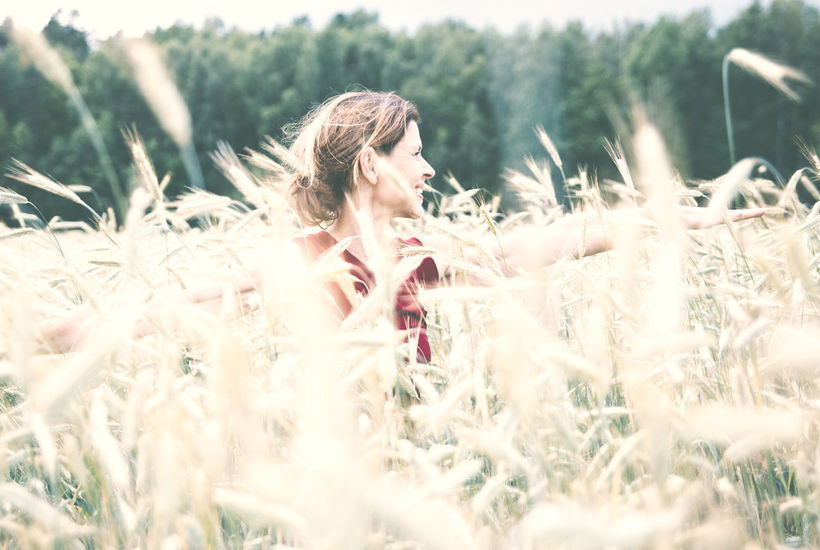 This is not always easy. I struggle some days myself. But the Book of Ruth is not just the genealogy before the birth of our Messiah, but also the story of how God is intertwined into our everyday lives, even if He doesn’t seem to be there.

I believe He cares about redeeming every tragic story–yours and mine included. The Book of Ruth is just such an example of God’s love for His people (especially women), His love for the socially unaccepted, and the promises He’s made to care for them, provide for them, and give them a better future on a solid foundation–including redemption.

In his kindness God called you to share in his eternal glory by means of Christ Jesus. So after you have suffered a little while, he will restore, support, and strengthen you, and he will place you on a firm foundation. – 1 Peter 5:10 NLT

Ruth was a woman who faced a season in her life, much like the season of divorce, with loyalty, faithfulness, and strength.

Ruth, herione of a story loved by multitudes, began life as a Moabite. Moab was the son of Lot and his daughter, so Ruth’s lineage was a shameful one in the eyes of the Hebrews. Her story could have been a sad one, but Ruth took charge of her own life and turned it into one of the happiest stories in the Old Testament. –Frances Fuller, A Portrait of Ruth (Source: Zondervan Handbook to the Bible, emphasis added)

Do you feel like, life as a “divorced woman” and/or as a “single mom” is a shameful one? Ruth understood the shame of not being accepted by society.

She understood not having the social status or any financial security either. Once her husband died she became an alien in a foreign land. She could have gone home to her parents, where she could have been taken care of, but she stayed loyal to what mattered the most to her–her loyalty and love for Naomi and her God. Instead, she reclaimed her life and made the best of what she did had left, even though it must have been hard.

She let her struggles make her stronger and not bitter. The word hesed is often used to describe Ruth. She had a character that reflected God was in her – hesed or chesed is a common Hebrew word, in the Bible, to describe God’s loving loyalty to the Children of Israel. Ruth’s faith, after coming from a pagan world, helped her to be more like God each day rather than like the world she lived in.

Don’t copy the behavior and customs of this world, but let God transform you into a new person by changing the way you think. Then you will learn to know God’s will for you, which is good and pleasing and perfect. – Romans 12:2 NLT

Providence is the guardianship and care provided by a deity or god. Religious people thank their god for his providence. – Source: Vocabulary.com

Ruth would be what we today called a new believer. But even at the beginning of her faith journey, Ruth trusted that God would provide for her and Naomi.

She worked hard while trusting God to provide. She gleaned which showed her work ethic and her strong faith. Gleaning in the field was hard work and a dangerous way for a woman to provide for her household (even if just two) but God showed His protection and provision by pointing her to just the right field–the one her future husband owned–in which to work.

Furthermore, when given the opportunity to eat with Boaz, she kept some food back to share with her mother, Naomi. (What a great example to teach our children that they must share in the household responsibilities and expenses.)

Side note: Wonder if Ruth and Boaz consummated their marriage before they were married? I believe Christoper R. Smith shared the truth in this blog post. The answer? No! Both of them had way more integrity, with a healthy fear of God to ever do that, even if they thought no one would know or even care.

When God provided Boaz (with a future and a legacy), Ruth was humble and grateful for God’s providence. I’m sure like many of us, she didn’t want to walk down the wrong path and mess this up.

Ruth didn’t trust in God in order to get something in return. She didn’t say, “‘Your God will be my God’ (Ruth 1:16)… only as long as He gives me the desires of my heart.” She didn’t know the outcome of her story nor did she have any examples, or her own story to read and want for herself.

She just understood that God and Naomi were all that she had and all that she needed. That was her future no matter what happened. That’s faith! Knowing that no matter how life turns out that not only will God provide and protect, but He’ll guide you to wherever you need to go. And where you need to be.

Or who you need to be with.

God didn’t bring Boaz into Ruth’s life while she was still married. It was after a time of mourning and God healed Ruth’s heart–remember that was after her public profession of faith–that Boaz was brought into her story. Also, God didn’t need a dating website or for Ruth to go seeking after “her Boaz” to create this beautiful, redemptive love story. God’s hand was in it from the beginning. And the same goes for your story! (And my story.)

So if you’re waiting for God to redeem your story, leave it in God’s hands… you can trust Him! He’ll make the story more beautiful than you can ever imagine. 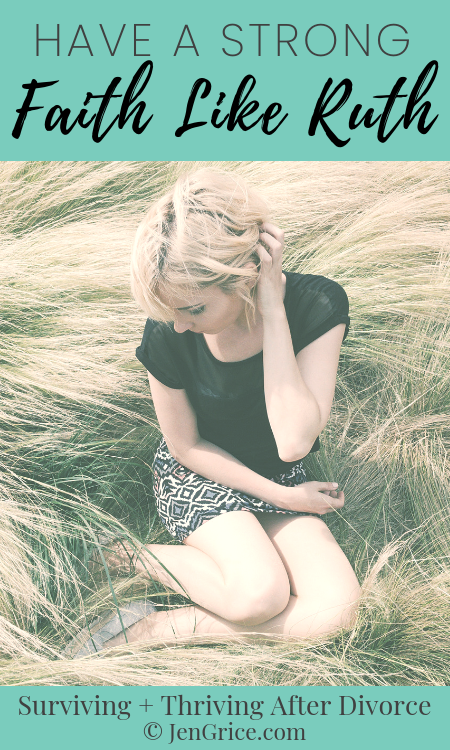 The other day my Christian mentor and I were discussing this very topic. She said to me, “Ruth went out in the field, right?” – meaning she didn’t sit at home waiting for (a UPS, cable, or repair) man to come to find her; instead, she was out in the community doing work which allowed God to bring a godly man in Ruth’s life. I received her prophetic word and realized we all have to do our part (not take the control), to get out into the world with a good attitude and godly character – with obedience and strong faith, just like Ruth. And when a God-honoring man sees us working for the kingdom, while he’s also doing his work (for God), we’ll both know that this is God’s plan and purpose.

Are you allowing God to write your redemption story?

Walking with you on this divorce healing journey,

« Divorce Shame (What We Should Do With It)
Betrayal Trauma: Three in a Marriage »